Clinical pharmacology involves the relationship between drugs and humans and is the specialty that focuses on the effective and economic use of medicines. The discipline is multifaceted and is used in the advancements in healthcare.

Why is clinical pharmacology important?

Pharmacology improves lives around the world by helping people live healthier and longer. Wherever you go in a health setting where drugs are administered, pharmacology is being used. From taking aspirin for a headache, to getting an injection at the dentist, pharmacologists have created medicines that help us combat allergies, infections, wounds and other ailments.

Clinical pharmacologists are responsible for:

Pharmacologists test different drugs and study how living organisms respond to these drugs. They ensure that all drugs, synthetic and natural are safe and effective for human beings.

Other reasons pharmacology is important include:

Studying the effects on living organisms and biological systems

Studying how the body responds to drugs

The area of pharmacology that focuses on the body’s response to a certain drug is called pharmacokinetics. It focuses on explaining what the body does to the drug which includes how it is absorbed into the body, distributed, metabolized and excreted.

Pharmacology integrates multiple disciplines such as:

In order to successfully create an effective medication, you need to have a full understanding of what composes that drug. Pharmacologists are responsible for studying the three essential physical characteristics of drugs: size, shape, and polarity. Knowing what the physiochemical makeup of a drug is helps to identify how it will interact with the body and with other medications.

Studying the therapeutic effects of drugs

Pharmacology studies the positive benefits of drugs in treatment which are called therapeutics. Studying the physical or behavioral changes in individuals in response to taking a drug will give an indication of whether that drug is effective in preventing or treating disease and other ailments.

Studying the negative effects of drugs

On the flip side of therapeutics comes the toxic effects that drugs have on the body. By studying these side effects, pharmacologists can identify chemical agents or toxins in the body. This area of study is called toxicology and is crucial in diagnosing and treating things like chemical exposure, radiation, and other negative effects. Toxicologists work closely with pharmacologists to ensure that new drugs being tested are safe for living beings.

Essential for the development of drugs

If pharmacology did not evolve, then humanity wouldn’t have progressed in medical treatments for diseases such as cancer. Pharmacological studies are crucial in taking existing drugs and improving them or finding newer, more effective drugs. Pharmacologists are involved in every stage of drug development to ensure that the drug is safe and effective.

Essential for treating and preventing disease

Clinical pharmacologists apply their knowledge in multiple areas to understand how drugs can prevent or treat diseases. This branch of pharmacology is called pharmacotherapeutics and also focuses on future treatment doses in relation to the progression of certain diseases.

Promotes the advancement of nanotechnology

Nanotechnology is used to enhance the bioavailability of drugs and the approach focuses on developing drugs that target the diseased cells directly. Nanotechnology is the future of innovative medicines and therapies and can lead to enhancing therapeutic outcomes of drugs.

The complex nature of pharmacology provides ample opportunities for research and development in the field. By incorporating a multidisciplinary approach, clinical pharmacology works with scientists in other fields to continually develop and improve upon drugs for different ailments.

What are clinical pharmacologists?

Clinical pharmacologists are physicians, scientists, and pharmacists are some of the individuals who focus on understanding and developing new drugs and drug therapies. They can work in a myriad of different settings such as private companies, universities, industry and government. For each setting, the clinical pharmacologist studies a different aspect of pharmacology. Those employed in the government sector could do vastly different work with different biomarkers than those working in the private sector. The relationship between drugs and humans is always the main focus.

What do clinical pharmacologists do?

Aside from the daily tasks that fill their day in their given professions, clinical pharmacologists can also be one or more of the following:

Research is a big part of being a clinical pharmacologist. They deal with drug issues at all levels such as molecular pharmacology and drug therapy as well as all aspects of toxicology. The types of clinical research pharmacologists can endeavour are limitless because their interest crosses all medical specialties. Research among professionals in different fields is very common and this collaborative process results in many innovative drug developments. In clinical settings in drug companies especially, this collaborative atmosphere produces amazing new developments in drugs. The methods use include the tools of pharmacology as well as techniques in:

Pharmacology in a clinical setting is normally practiced by physicians or those described as expert prescribers. Some physicians have specialties they focus on such as hypertension or heart disease while others are employed in general medicine. Conduct of drug trials are generally done in a clinical setting so it is an important aspect of testing a drug’s efficacy before being released to the public.

Clinical pharmacologists influence the policy of the healthcare industry on several levels such as local, national, and international. Making policy includes:

Other aspects of policy making for clinical pharmacologists include providing advice by way of consultation and have set up their own companies to consult on issues directly relating to pharmacology. They can be involved in consulting in legal cases in criminal or civil court that have to do with disputes relating to drugs and effects. They can also be called upon to make statements in the media with regards to drug related issues that may be of interest to the public.

Clinical pharmacologists offer support and guidance to those juniors in their charge and advise and teach the next generation. Teaching is an important part of those individuals who work in academia as they are responsible for training students in areas such as biochemistry, epidemiology, laboratory science, genetics and physiology. The students can be medical students, pharmacists and nurses. Pharmacology in nursing can be studied online by applying for a Doctor of Nursing Practice (DNP) or a Doctor of Philosophy (PhD). The difference between them is that one is a more hands-on approach while the other is mostly research-driven. Nevertheless, the DNP, according to Walsh University, is an excellent steppingstone for nurses to easily accomplish online an advanced degree while still working. It is important for nurses at all levels to have a working knowledge of pharmacology for the following reasons:

Importance of Pharmacology for Nurses

Clinical pharmacologists are a crucial part of the healthcare industry and without them we would not know the efficacy of certain drugs, doses, side effects, and duration of treatment. We would also not be aware of toxic chemicals and their effects on the body. Pharmacology is necessary for the advancement of drug treatments and improving the lives of everyone in the world. 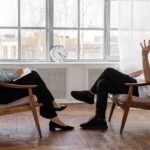 The Many Benefits You Can Get From Therapists