My buddy Stephen Varanko III and I watched the mind-blowing match up between Manchester City and Tottenham Hotspur yesterday and whilst neither of us had a dog in that fight, it has taken us until now to get our breath back. Last night’s games capped off a great quarter finals and the line-up for the semis are now as follows;

To be completely honest with you we don’t have a clue who will be eventual winners and making a pick prior to the first legs is simply impossible. What we can do however, is take a look at each team and the chance that they may or may not have.

Ajax have very much been a surprise package this season and their young, slick and high quality team have been a brilliant addition to the latter stages of the CL. These youngsters, as is often the case with Ajax, will soon be off to play for the European big boys so this could be their perfect swan-song. Having knocked out Roma and Juve already, the Dutch boys will fear nobody.

Barcelona were last winners of this trophy in 2014/15 and after Real won it 3 years consecutively, Barca will be desperate to get it back. Given the form of Lionel Messi so far this season, they may certainly have a very good chance of doing just that, especially given that the final will be Madrid, how they’d love to win in their rivals home city. Liverpool will be the toughest match for Barca and their defense which has been shaky of late will have to shore up to get past the Reds.

Liverpool know what it takes to get to a final in this competition and they also know just what defeat in that final tastes like. Those experiences of last year will play into Liverpool’s hands and they will know just what they need to do to win their first European Cup since that famous night in Istanbul in 2005. Much will depend on that first game against Barca in the Nou Camp, come out of that relatively unscathed and Liverpool could certainly be marching to Madrid with victory on their minds.

It can be easy for us to forget that Spurs almost didn’t even make it past the group stages and but for a touch of luck, poor tactics by Inter and some last-minute heroics, they’d never have got this far. Spurs beat Dortmund comfortably and then somehow dispatched the effervescent Man City to arrive in the semi finals with a tie that no fan will be complaining about. Spurs are more than capable of beating Ajax and reaching their first ever Champions League final, after that who knows what can happen.

Our pick to win the whole thing is probably Barca although it is very easy to change your mind when the teams are this good. 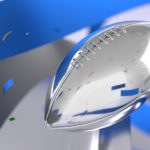