Whether you are an employer or a job applicant, there are several ways you can prepare yourself for a pre-employment drug test. Whether you need to know what to take in the bathroom, how to handle hair testing, or what to expect from a breathalyzer, you can use tips and tricks to prepare yourself.

Unlike urine and blood tests, saliva (oral fluid) tests can provide preliminary results in an hour. These are also less invasive than other tests and can be performed anywhere. This type of drug testing has gained popularity in recent years.

In addition, saliva can be tested in a lab for a more accurate result. It has also been studied for steroid hormones and antibodies. These tests are also less expensive than other types of specimens.

Another advantage is the small detection window. This allows oral fluid to be used as a screening method for pre-employment drug tests. Unlike urine tests, which detect metabolites, saliva testing detects parent compounds. This means that saliva tests are accurate for detecting recent drug use.

Another advantage is that oral fluid is less expensive than other specimen types. This is especially true if an employer can collect the specimen on-site. This is one of the major reasons why more than three-quarters of drug testing providers see an increase in oral fluid testing.

Some substances that can be detected in saliva include amphetamines, cocaine, methamphetamine, and opiates. These substances may have depot effects, meaning they will be detectable for longer periods in the mouth, urine, and hair.

Detecting drug use in hair may be a more accurate and reliable indicator of current drug use than a urine test. This is because the hair follicle stores drug residues that are chemically stable. The hair strands also have a longer detection window than urine.

A hair sample is a simple and cost-effective way to screen out drug users. It is usually taken in a medical setting or a supervised laboratory. Hair can be collected from a person’s scalp and sent to a lab.

The most common use for hair testing is for pre-employment screenings. It can also be used to identify drug users in the workplace.

The Substance Abuse and Mental Health Services Administration (SAMHSA) has proposed technical and scientific guidelines for hair testing. These guidelines would allow federal agencies to collect hair specimens for workplace drug testing programs. The guidelines are currently in the works.

The Department of Health and Human Services (HHS) also seeks public comment on hair testing. The agency closed its comment period on September 23, 2022.

Unlike urine and blood drug tests, a mouth swab drug test is relatively painless and accurate. It can detect several substances, including alcohol, cocaine, amphetamines, and marijuana. It also is relatively inexpensive.

When administered properly, a mouth swab test can provide results in just minutes. This makes it ideal for pre-employment drug tests and random or periodic screening. It also makes it harder for someone to tamper with the specimen.

Detection windows vary depending on the substance being tested. For example, methamphetamine can remain detectable for up to four days. But cocaine’s half-life is only an hour.

There are also other methods of collecting saliva. These include draining, suctioning, and using a cotton swab.

During a mouth swab test, the person being screened may be required not to eat or drink for 10 minutes before the test. Oily food, beverages, and mouthwash may tamper with the accuracy of the results.

Most states have laws that allow saliva drug tests. However, the laws vary from state to state. Some states prohibit the use of these tests.

Whether you are a prospective employee or already working for an employer, you may be asked to participate in pre-employment drug tests. This is a procedure that helps employers make the best hiring decisions. It also reduces the risks associated with drug misuse.

There are several types of pre-employment drug tests, but the most common are urine and breath alcohol tests. Each of these tests is able to detect the presence of illegal drugs in the body, even after the effects have worn off.

Urine tests are the most common drug test and are used by many private employers. They are easy to administer and can give a deeper look at an applicant’s background.

Breath alcohol tests use a breathalyzer device to measure the amount of alcohol in the breath. While breathalyzer tests can detect the presence of alcohol, they cannot tell how much the person has consumed before the test. They are also not very accurate.

Several federal agencies and grants require companies to have a drug policy in place. This policy should be easy to find and accessible, with the appropriate details included.

The most common pre-employment drug test is a urinalysis. This test will reveal whether or not a person has used illegal drugs. The test also gives the employer a better look at a person’s background.

A urinalysis is easy to administer, and results are returned quickly. The test also provides information about other medical conditions that may exist in the person.

The same test can also identify the presence of PCP, cocaine, and opiates. The test also can tell whether or not a person has used alcohol in the past.

Other tests include hair and breathalyzer tests. These tests are a bit more expensive.

In the same way that a urinalysis test can reveal the presence of illegal drugs in a person’s system, a breathalyzer test can reveal whether or not a person is drinking alcohol. 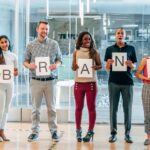 What is Brand Value, and Why is it Important? 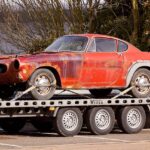 Types of Towing Services Offered by a Towing Company