Duke university has once again had the spotlight on it since the rise of the incredible Zion Williamson, the freshmen who was the number one NBA draft pick this year. Carter Boyle Duke basketball player watched the rise of Zion over the last 2 years and as a senior he has never seen this much attention on the college before. For anyone who is about to be a university student it is important that before choosing a college that you know what life is like at the university, so we asked Carter about what life was like here at Duke.

Something which has been highlighted owing to the rise of Zion Willaimson and the success of which coach Mike Kryzewski has had with the Duke basketball team is the focus on sport here ate Duke university. This is something which you cannot get away from and most people are either involved in sports at the college, or they are big fans of the university teams. The focus on sport is what gives Duke its identity and whenever there is a game on the student body are either at the stadium or tuned in to see how they get on.

Whilst there are a handful of sororities and frats here at Duke, it only makes up a very small percentage of the students. These groups don’t have many members and unlike other colleges there is no real support or pressure from students for people to join up. IF you do wish to join a particular sorority or fraternity then you should first ensure that they operate here at Duke, because there aren’t many of them here.

Duke students are not known for their wild antics or partying ways because that just isn’t what the university is about. There will be the occasional party or event of course but you don’t see the wild side of students here as you would at another college. In the main Duke students are focused on their studies and their love of sports, but they do know how to throw down when it is necessary. The end of term parties here at Duke are legendary and this goes to show what the students here are all about, once the hard work is done, the fun and games begin.

Instead of socializing by going out partying with your fellow students, Duke students prefer instead to meet up with friends and like-minded people at the many clubs which are on offer here. There is a club for just about every hobby and interest here at Duke from movies to photography, astronomy to gaming. This is how the students here let their hair down and whatever interests you have there is sure to be a group of people who share that same interest.

All told this is a university which likes to work hard and play hard in equal measure, having a lot of fun whilst doing so. 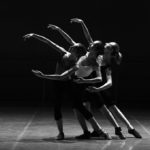 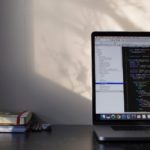