If you are considering opening a business in the United States, count yourself fortunate to have the opportunity to do so. The United States stands out worldwide for its unique spirit of entrepreneurship, with specific cities especially drawing interest due to being powerhouses in the area of global commerce. Brian Ferdinand, the managing partner of SoBeNY, recently explained in an article what makes the United States as a whole, as well as specific cities across the nation, such great places for business.

BUSINESS IN THE UNITED STATES

America is no doubt a major player worldwide when it comes to both politics and economics. Thus, it may come as no surprise to you that doing business in the United States is indeed a privilege. One reason why the country is so unique on the business front is that no other country boasts the level of multicultural diversity found in the United States. The diverse mixture of races, ethnicities, and religions cannot be rivaled. As a result, as a business person, you have countless opportunities to reach a wide range of customers and expand your business.

In addition, the United States features a geography that is contrasting and immense. As a result, the nation has multiple unique identities in various regions. These regional identities offer different benefits to various industries. In addition, certain cities are stronger than others are as far as local and/or international business opportunities are concerned.

The top cities for doing business in the United States include San Francisco, New York City, and Los Angeles. San Francisco has widely been recognized as the world’s tech and innovation capital. Meanwhile, New York City features the biggest stock market worldwide. In addition, it leads trends in business, politics, and finance today and has long been highly esteemed for blazing trails in just about every business sector and industry.

Los Angeles—the United States’ creative capital—is also a standout in its own right in the areas of movies, aerospace, and television. However, the city is the home of businesses in a multitude of other industries.

According to Brian Ferdinand, all of these cities are distinguishes for their excellence as well as their innovation when it comes to the diversity of business sectors there. The three cities essentially showcase America’s cultural modernization, work ethic, and entrepreneurial spirit—all of which give the nation its unique strength and personality in today’s global society. 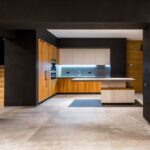 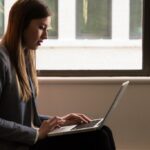 5 Reasons You Should Specialize In Business Intelligence