I can still remember the day back in 2016 when Leicester City performed the miracle of winning the Premier League. I was in the house of my friend Bharat Bhise when the news came through, and we both sat in silence at what had just happened. It would appear that lightening was never going to strike twice, but prior to this Christmas once again the Foxes looked as though they may be the team to challenge Liverpool to the title. Back to back losses for the Foxes have sobered things slightly, but sitting pretty 11 points clear of 5th place, Leicester fans will be over the moon at what has happened so far. Bharat and I were chatting about this the other day, and we both believe that in the coming seasons, Leicester will be the team to watch, and here is why.

In Brendan Rodgers Leicester have a manager who came one Steven Gerrard slip away from winning a title at Anfield, and a manager who won consistently with Celtic, setting records as he went. At both clubs Rodgers showed how shrewd he could be in the transfer market and how good he was at bringing through youth, both talents he will need with this job. Simply put, Rodgers is a winner, and there is no reason he can’t be a winner at Leicester.

It is incredible to think of what Leicester are doing at the moment given that most of their stars were sold off after that winning campaign. With no Mahrez, Drinkwater or Kante, you’d have expected them to seriously falter, but the Foxes have invested in their youth and are reaping the benefits. James Maddison, Youri Tielemanns, Hamza Choudhury, Harvey Barnes, Demarai Gray, Ben Chilwell and Ricardo Perreira, all of these guys are under 23 years of age and are only getting better. Add to the mix a touch of experience and things are only going to improve for the Foxes in the coming years.

Many thought, myself included, that this would be the year that Jamie Vardy finally proves that he is human and begins to slow down given his age. It would appear however, that Vardy has other ideas and he is playing with the zest and hunger of a teenager. Vardy had to wait a long time to get to this level and he has shown no signs of wanting to let that go. The Englishman made the smart move of retiring from international football, which has worked wonders for players like Ryan Giggs in the past. If Vardy can stay in and around this type of form for the next season or two then I have no doubt he’ll see more success with the club.

There is no reason that Leicester won’t be able to get quality players going forward, they are financially sound, they are an attractive club and they have already showed that they can be a club where players can reach the levels of success which they are looking for.

Watch out, the Foxes will be back. 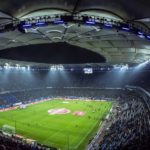 Shane Kersh – Reasons Why Liverpool Will Be Reigning For Years 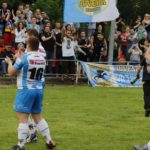