Fireplaces are a popular fixture in living rooms in houses around the world. Not only are they an effective way to generate heat, they also produce captivating visuals and the cozy crackling of flame for your guests. However, if you’re concerned about the environment, and you’re trying to make your home as efficient as possible, you may wonder whether fireplaces are an environmentally friendly choice for installation.

First, you should know that there are a variety of different types of fireplaces available to consumers, including:

Within these categories, there are many subtypes of fireplaces you can choose from. Accordingly, it’s hard to identify a singular, generic “fireplace” as being environmentally friendly.

On the Subject of Heat Generation

First, we have to consider the nature of heat generation. To generate heat for your home, you’re going to expend energy. Almost every form of energy expenditure (and therefore generation) leads to some kind of environmental consequence. Therefore, an environmentally friendly heating method is one that produces as much heat as possible, while using as little energy as possible.

If you’re looking to use a fireplace as a supplementary form of heat, this is no issue, but compared to a furnace, they’re inherently less environmentally friendly for long-term use.

It’s worth noting that the structure of your fireplace will play a role in its environmental friendliness as well. If your fireplace has a conventional chimney leading outside, your home will likely suffer from heat loss—whether you’re using it or not. This can be prevented with the right combination of strategies, but it’s still something you’ll need to take into account.

Wood burning fireplaces may seem like they’re inherently worse for the environment than other models, because they produce smoke, but this isn’t necessarily the case. There are good arguments to suggest that burning wood is a carbon neutral activity, meaning it doesn’t increase the amount of carbon dioxide into the atmosphere. Electric and gas fireplaces, by contrast, must generate heat using fuel sources that are non-renewable, and they are not considered carbon neutral. It’s hard to gauge whether wood burning is an environmentally superior choice, because there are many variables to consider.

Electric and gas burning fireplaces have a few advantages over wood burning, despite relying on non-renewable energy sources (directly or indirectly). For example, they burn clean and are typically more efficient forms of heating. But how do they compare to each other? Generally speaking, gas is a more efficient fuel source than electricity, but that doesn’t mean it’s always the better choice for the environment.

The bottom line here is that while fireplaces aren’t the most efficient way to generate heat for your entire home, and there are some weaknesses to be aware of, fireplaces are mostly environmentally neutral. Wood burning is, in some ways, environmentally friendlier than using electricity or natural gas, but both gas and electric fireplaces burn cleaner at their origin point. Do your research and think carefully to choose the right fireplace for your lifestyle and needs. 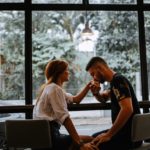 3 Things to Be Wary of with Online Dating 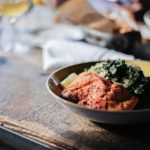