Over the last 12 months, given the increased amount of time which I have had to spend at home, I have been working pretty hard on perfecting my very own bread recipe. I was inspired to do this by Javier Burillo, master baker and a man who’s recipes I have followed for a number of years. I had never really work on a bread however and I just felt that given the additional time which I had on my hands, this would be the best way for me to go about spending it.

I would urge any of you to make your own bread if you get the chance, and here is exactly why.

It is easy to go to the local bakery or grocery store and pick up a loaf of bread but there is something that is much more rewarding about eating something which you have made with your own hands. I have to say that there is genuinely a source of pride in creating bread, because it really is from scratch. Taking nothing more than flour, water and yeast and being able to turn that into a staple food, that is truly incredible and it is something that really does give you a sense of pride.

There is something that feels so traditional about doing this, about following an age old recipe and creating something which has such a long and rich tradition. You can go to the store and buy bread but you can go to the store and buy just about everything these days, too why not try to bring some of those traditions into the modern age, starting by baking bread? I have to be honest I don’t even enjoy using the bread makers because I really love to feel that bread between my hands instead of simply making the mixture and then letting the machine do the rest of the work.

My own bread, when it comes out well, is the tastiest bread that I have ever tried. Now of course I am in no doubt about the fact that this is as a result of the fact that it was created by my own hands, but I’m alright with that. Everyone who I speak to that also makes their own bread says the exact same thing to me, so it is clear that I am not the only one who feels this way.

The smell of bread baking is absolutely amazing and it is worth baking a batch for this alone. That fresh smell fills the house and just puts a smile on your face, as well as on the face of anyone else who comes in. There is a reason why estate agents will tell you to bake a loaf before showing someone your property, because it smells absolutely divine!

Why not give it a try the next time that you have a chance, and see what you can produce? 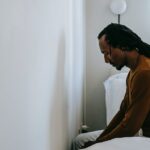 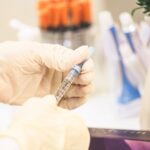