I have known Libra Max for many years and it wasn’t until her 23rd birthday that it dawned on me who her Dad was, the amazing artist Peter Max. As an artist I have loved and been inspired by Peter Max for many years yet I never knew that I was friends with his daughter, quite how that never cropped up is beyond me. During the party I decided to be bold and stole a couple of minutes of the great man’s time, told him who I was and brazenly showed him some of my work on Facebook. Peter says that I was very respectful during that party but I remember things a little differently. Nonetheless he got in touch with me some days later to discuss a couple of things about art, and before I knew it he became my mentor, and here is how it went.

Getting a Team in Place

I had never thought about making millions of dollars from my art, I always just wanted it to be seen by as many people as possible but at t his point in time I didn’t even have anyone looking at my work. Peter got me set up with agents and a manager, despite the fact that I had no reason to have it. This showed the faith the he had in me as an artist and he has since said that he knew that I would be needing these people sooner or later.

Thanks to a couple of connections which Peter Max put me in touch with I had a few commissions coming in and I was making a decent bit of money from them. I hadn’t heard from Peter for a while when he called me out of the blue and said that we had an exhibition coming up and that I had better get to work. As it turns out a local museum commissioned work from Peter which they wanted to put in his own exhibition, he then went back to the museum and asked for a small space to be made in the exhibition for my pieces. I couldn’t believe this news, this would be my big break. The night of the exhibition was brilliant and lots of people loved my work, as a result I was able to sell some pieces and get commissioned for more, all because of Peter’s kindness.

Peter wasn’t just helpful to me in terms of getting me gigs and giving me the opportunity to make a name for myself, we also became kindred spirits when it came to talking about art and creativity. I have learned so much from Peter and how he approaches art and he says that I have helped him to find new creative directions to move in. I am not totally convinced about this but what I do know is that without Peter Max, my career wouldn’t have been even half as successful. 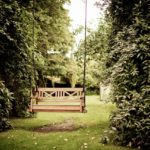 Investar USA – Get Your Garden Fixed This Summer

BBQ basics for the BBQ beginner