If you collect autographs, then you will have no doubt seen the huge range of choices to buy autographed memorabilia for sale. On websites such as eBay and Amazon there are many vendors and fellow collectors who are willing to part with their signed memorabilia from sports stars and celebrities. The worrying fact however is that online there are many fraudsters who are looking to make a quick buck off fake signatures. To ensure that you avoid these false signatures here are some tips on spotting the fakes.

Some scammers like to use rubber stamps to print autographs but these can also be easily identified so that you don’t get caught out. When a stamp is used the edges of the autograph will be thicker than the center and the ink will likely have bled somewhat on the outside of the lines.

Many pieces of memorabilia which feature multiple signatures from an entire team are usually fakes. We can see that these have been post printed as there is equal amounts of ink used for each signature, with many of them looking alike. If you see this then the chances are that the piece is not genuine.

An autopen is a pen which is placed on the end of a mechanical arm, the original signature is programmed into the arm and then it can be used to fire out multiple signatures at great speeds. Usually these pens are used by politicians when signing large amounts of letters, or very often in book signings too. In order to spot whether this has been used you will need to look at the thickness of the lines, the autopen only has one thickness which of course is not how a human will sign, also look for a dot at the beginning or the end of the autograph.

Some people believe that they have the skill to copy an autograph but once again we will be able to see through this if we know what we are looking for. When someone autographs something they do so with speed yet when someone is seeking to copy that autograph they will do so slowly and very purposefully. The result therefore is shaky lines with abrupt starting and endings. There may also be do-overs on some lines, which of course looks far from natural. The autograph should look like one fluid movement, if it doesn’t then it could well be that you have a forgery on your hands.

If you are in any doubt as to whether or not the piece is genuine then it is probably best not to take the risk in buying it. If there is a particular signature that you are on the lookout for you will be best off going to see it in person rather than running the risk by buying online. 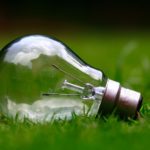 How Your Daily Routine Can Reduce Your Carbon Footprint

Why Not Consider Mountain Cabins for Sale?