Nose Rhinoplasty is a more professional way of saying a nose job, when having the nose job or rhinoplasty surgery the proposed outcome is for the operation to change either the shape of the nose, the size of the nose or sometimes both. Having no rhinoplasty can be a complex operation so before you go ahead with the procedure you need to be sure about why you want to undergo the surgery. The best way to be sure is by talking to your chosen surgeon about exactly what is involved in the procedure and what you can expect before, during and after the operation.

Nose rhinoplasty is usually carried out under general anesthetic. When it comes to reshaping your surgeon may choose to make your nose smaller by removing some of the cartilage and bone, they may make your nose larger by taking cartilage from the ears and bone from the hips elbow or skull and using it to build up the nose, they may change the shape of your nose by breaking the nose bone and rearranging the cartilage or they may change the angle between the nose and the top lip. The skin over the nose should then shrink or expand to its new shape.

The nose rhinoplasty procedure can take around one hour and a half up to three hours and it may require that you need to stay in a hospital or clinic for maybe one to two nights. After the operation you will have a dressing on your nose for the first 12 hours and also a splint that will be held over your nose with a tape and you will have to have this on the seven days.

You may find it difficult to breathe through your nose for up to a week after your surgery. For any pain or discomfort that you may have after your surgery you will be given painkillers to help ease and control this.

After a week the stitches from the procedure can be removed and this is when the splint will come off too. Usually around three weeks bruises, swelling and redness will have faded and between around four to six weeks after your operation you will be able to resume strenuous exercise. 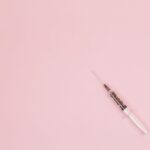 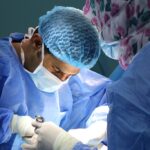 Non-Invasive Vasectomy Near Me – What to Expect From Your Vasectomy