Mexicans are often known as ‘Children of the Corn’ and this is because of the key role which this simple vegetable has played in the country for thousands of years and throughout many civilizations. Whilst the country is no longer as dependent as it once was on corn, it is still one of the most heavily used ingredients when it comes to street food and snacks. If you are in Mexico then here are just some of the delights which you will find that use corn as a foundation.

My good friend and Mexican chef Rose Burillo wouldn’t forgive me if I didn’t put tacos at the top of this list, one of the most commonly consumed foods in the country. Now of course the filling of the taco can vary greatly but they are almost always delivered in a small tortilla made from our favorite vegetable, corn. Each day in the cities and towns throughout Mexico you will feel the heat and smell the scent of the tortillerias which are using con dough to churn out thousands of tortillas a day.

The hard shell tacos which are often served throughout the US are called tostadas south of the border and they too are made from corn. In reality these are in essence tortillas which have then been friend and crippled in fat. These can be topped with just about anything and they are always served with pozole when you buy the delicious stew.

The gordita is a delicious, round shaped snack which uses corn dough that is pressed and then deep fried. The gordita is often opened up and stuffed with cheese, lettuce, sour cream and some freshly cooked frijoles. This is a fatty but absolutely delicious street food option which you can try.

This oval shaped dish is another street food classic and you will often find them made using blue corn flour to make the dough, giving a greeny-blue finish. These are like fat little pockets which are then filled up with some cheese, beans and a bit of meat. The tlacoyo is delicious and it is made using a very heavy dough, so that you can enjoy the full flavor of the corn.

Much like tacos, the tortillas used for quesadillas could certainly be made from wheat flour but if you are buying on the streets then it will always be corn flour which is used to make the dough. Again you will find many options for this which uses the blue flour and it just offers a little extra flavor especially if you get your quesadilla deep fried, which I would certainly recommend.

And finally there is of course corn sold straight up, either full corn on the cob or corn which has been cooked loose and is then served with mayonnaise, chili and cheese. Wherever you look in this country, you are going to find an abundance of corn, in all of its forms. 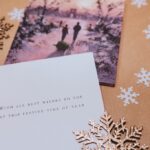 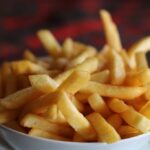