Last year we covered the Rising S survival shelter which was designed to be used in the event of a nuclear disaster or some other such crisis. At the time there was only a very small percentage of people who would have been remotely interested in such a product. This year however, judging by the Rising S company reviews which we are seeing, that percentage has now grown an incredible amount.

There is a lot of reasons behind this of course and here is exactly why this sort of product has seen such a large growth in popularity.

When this pandemic first hit there was genuine disbelief by so many throughout the country. IT just didn’t seem possible, no matter what we had been told, that a virus could bring our country to a standstill. You may say that it was the lockdown which actually did this, yet that was of course caused by the presence of the virus. Had lockdown not taken place then things may have even been worse than they are right now.

What the pandemic has also done is remind people that something on this scale is more possible than they ever thought that it could be. The notion of a nuclear attack, seemed in the past to be a sort of Mexican stand off between countries. Given what we have seen with the pandemic, with regards to some fantasy becoming real, could certainly happen with an attack, or even another pandemic.

Reactions to The Pandemic

Something which we saw at the beginning of the pandemic was people going crazy in terms of panic buying and basically making sure that they and their families were alright, and to hell with anyone else. This is something which many people wouldn’t have predicted prior to the arrival of the virus, yet we now know exactly what sort of attitudes people are going too be taking when a crisis hits. In light of what happened with so many people’s reactions, many more are deciding to be exactly the same and this is why a product like which is offered by Rising S have become so attractive.

Ultimately what we have to look at here is that those people known as ‘preppers’ who have always been readying themselves for this type of thing, have been revealed as being the smart ones. Many would have made fun of these people in the past but the reality is that many have now come around to this way of thinking and they recognize that there is a need to be prepared for an event which has the power to force us all to look after ourselves and to ensure that we have what we need for a survival situation.

As far as any of us know, this pandemic may very well have just been the beginning. This is why so many people are now recognizing what it means to prepare. 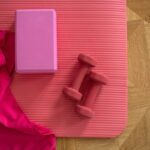 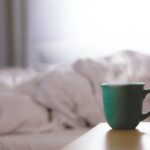