The world of politics can be a mess sometimes. That world is really complex and dynamic and there are many aspects that need to be explored and covered before forming your own political opinion. It doesn’t matter whether you are an adult or a curious teenager, it is useful to know more than a thing or two about the current state of affairs in the world of politics. Both on the international and national level. So, let’s see how a firm political opinion should be formed and why that’s so important.

A political opinion cannot be constructed if one is not well-informed about the current state of affairs. Before trying or rushing to find your political stance, you have to have at least some understanding of your system of government. That’s why those civics classes were so important. Consulting textbooks, independent media outlets, scholarly journals and renowned web publications is recommended if you want to strengthen your knowledge. Learn how the government is organized and check out manifestos and programs of various political parties. Only then will you get a general idea of ‘whose side you’re on’.

It is always good to seek advice from your contemporaries. Have a discussion with a friend that’s really into politics. Maybe your family members follow trends in politics. The way one was raised can impact their knowledge and engagement with politics. If you’d always hear someone debating a political issue while you were young, make sure to ask that person a thing or two. You might end up with some useful information that could be the foundation of your own political opinion. Having a chat with your well-informed friends is even better. Just make sure that you find unbiased opinion. Getting tricked into believing something should be avoided at all costs.

Take some time and go through history of major political parties. That way you’ll understand better what they really stand for and if that aligns with your own beliefs. Distinguish the difference between the left and the right in the world of politics. Google communism and capitalism. This will help you understand various systems of government. Each political party supports an ideology. You have to find one that suits your beliefs best. Also, it is quite important that you understand basic differences between parties. As a general rule nowadays, most parties belong to either somewhere between liberal or conservative ideologies. Learn what these represent and see whether you agree with them or not. Be tolerant and respect other people’s opinion.

How politics affects you

No one will judge you if you don’t have a well-formed political opinion. However, bear in mind that politics affects your life. The decisions that your government makes affect you directly. The way someone leads a country has direct impact on the standard of living. Remember that there are countries today that are dictatorships where everything you do or say is carefully monitored and observed. Staying ‘awake’ and keeping yourself up to date with political issues will provide you with enough information so that you can react on time if the need arises. Do not think that every party is same and that your vote doesn’t mean anything.

Having an opinion means having a say. When it comes to politics, it is recommended that you have say given that it is all about your country, your freedom, and your way of ruling, therefore you should want to be involved in your society in any kind of way. 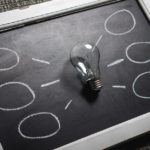