Entrepreneurship continues to be the backbone of the American economy. And not all businesses look alike. In fact, research shows that more than 32 million businesses in the United States have no employees, as they are operated by sole proprietors and independent contractors. Brian Ferdinand, a business expert, recently explained in an article why the United States remains such an attractive place for business.

According to Brian Ferdinand, who is the managing partner of SoBeNY as well as CorpHousing Group, its parent company, America is undeniably a leading political and economic powerhouse. For this reason, the United States continues to be a major player on today’s world stage.

In the article, Ferdinand explains that the nation was founded based on equality—a fundamental U.S. principle. In addition, the country continues to be the most multicultural and diverse country across the globe. After all, its diverse mixture of races, ethnicities, and religions cannot be found in any other nation. In light of the above, the United States continues to be a hotspot for businesspeople at every level. It is also an in-demand destination for entrepreneurs who are looking for seemingly endless opportunities to bring their creative ideas into fruition.

MORE ON WHY THE UNITED STATES STICKS OUT AMONG ENTREPRENEURS

The United States stands out amongst entrepreneurs for a multitude of reasons. For one, it is widely deemed a breeding ground for innovation. Innovation is especially encouraged in areas such as Silicon Valley as well as other metropolitan cities, like Miami and Denver.

The United States also ranks high in the area of competitiveness when compared with other countries. In addition, the nation’s labor market has been widely regarded, as the labor skills that exist across the nation are strong compared with other nations. Likewise, the United States has garnered attention in recent years for its robust infrastructure as well as how easy it makes accessing capital. The country is also always open for business—a major draw for entrepreneurs from all over the world.

All in all, motivated individuals can certainly start new businesses just about anywhere. All they need is some grit, marketable ideas, and undying determination. However, some countries make creating a business and launching a product/service easier, and the United States is one of them. The United States’ reputation as a melting pot and business incubator is expected to continue to grow strong in the weeks, months, and years ahead. 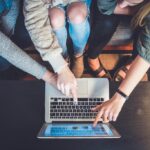 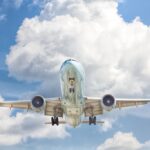