Gynecomastia is a condition where a man has enlarged breasts, and Gynecomastia surgery or male breast reduction is a surgical procedure to reduce breast size in a man.  It is the same breast tissue found in a woman that may appear in smaller amounts in a man due to hormonal changes, increased estrogen, excessive fat, or genetics.  It can be particularly apparent in older men who have lost weight and still have excessive fat and tissue on their chest.

If you are considering this type of surgery you may have many questions such as what does the surgery involve?  And what does gynecomastia surgery cost in Los Angeles?

The typical cost of Gynecomastia surgery is $5,000 to $10,000 depending on the extent of the procedure and the reputation of the clinic that you choose to carry out the surgery.  Some plastic surgeons have little experience in this procedure as they are more used to doing women’s breast enlargements, whereas some specialize in Gynecomastia surgery and therefore you are more likely to pay more for surgery there as you will get the best results.

The Causes of Gynecomastia

There are several reasons why a man’s breast may appear abnormal, and they may include change sin hormone levels, an increase in estrogen, excessive body fat, or genetic predisposition.  A man may have tried exercise and weight loss plans to try and reduce fat levels and tone the chest area but may still feel that he has breasts.  This is because breast tissue builds up behind the nipple and gives the appearance of breasts.

There are certain age brackets where men are susceptible to Gynecomastia, which is the teen years and after the age of 50.  These two age brackets tally with large hormonal changes in the body.  For teens 50-60% of them may develop Gynecomastia to some degree, but not all will be conscious of their appearance.  Due to puberty this is a normal natural occurrence and may correct itself over time.  Therefore for teenagers Gynecomastia surgery isn’t viable unless the condition has been stable for at least three years.

What is Done During Gynecomastia Surgery

For Gynecomastia that is benign a Gynecomastia surgery is quite a simple procedure, an incision is made in an area that will not show such as under the armpit, on the border of the areola.  Then a ultrasound wave device, a Vaser, is used to loosen the breast tissue before liposuction is used to remove the tissue.  What remains is a smooth muscle revealing chest.  Dissolvable stitches are usually used in this procedure and recovery enough to return to work can take a few days.

If your skin has poor elasticity and does not shrink back after surgery than excess skin may have to be removed to obtain the desired results.

Gynecomastia surgery is an option for most men as long as the condition has been stable following puberty, and can be a good solution for reducing the appearance of breasts. 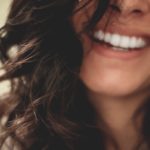 Finding a New Dentist Near Me 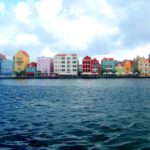 Finding Lake Homes For Sale Near Me