Being of Greek descent, Victor Restis holds a special place in his heart for the tragedies faced by the people of his homeland. Understanding that many Greek families have been deeply affected by unemployment and poverty – much of it due to drastic cuts in public and social program spending from the global economic crisis of 2008-09, Mr. Restis directed his family foundation and the corporate social responsibility efforts of his company, Enterprises Shipping & Trading S.A., to provide special focus on helping Greek families through a wide range of non-profit organizations and social programs. Additionally, many of the charities Mr. Restis and the Restis Family Foundation support involve displaced children who need to feel the safety, comfort and support of a loving and caring environment. The Orphanage of Piraeus “Children’s House” the “Pedopolis of St. Andreas” in Alimos and Organization Care are examples of such organizations.

In March 2014, Mr. Victor Restis contributed to the initiative of “Trafigura Maritime Ventures” and generously donated money to the “SOS Villages of Greece” for the continuation of the organization’s work with Greek families. SOS Children’s Villages has been working in Greece since 1975 but increased its scope because of the economic crisis from the late 2000s. The organization oversees more than seven family strengthening programs, two youth programs and four villages by providing family-based care. This initiative currently supports more than 4,200 people, of which over 2,200 are children and young people.

Additionally, SOS Villages of Greece started providing emergency aid to refugee families and children arriving in Greece who had been displaced through conflict and other humanitarian tragedies. Victor Restis and the family foundation are aware of these dire situations and contribute frequently to support the mission and objectives set forth by organizations like SOS Villages of Greece. 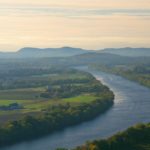 Lessons from sailing the Connecticut Coast with Roger Wolfson 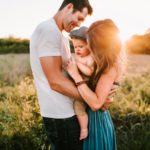