Just before I turned 30 I managed to achieve my dream of owning my own business, an online drop-shipping business  which I built from scratch, and which did very well in the first couple of years. I had learned about sales from my mentor and first boss Shane Kersh, a brilliant man who taught me so much about the world of business. As we went into the fourth year however we were hit with some bad luck and some foolish errors which caused my business to almost close down. I was mortified by this and I didn’t know where to turn. I consulted Shane to see what he thought I should do, and he was amazing during this period. Shane gave me so much guidance and thanks to him, and a touch of luck in the market, we were able to revive the business and bring it back to making money. Failure can cripple you if you don’t take the right steps, and here is how I’d recommend dealing with it.

If you have someone who you trust in the way that I had Shane, consult them and open your ears to their advice. During times like these you can feel a bit embarrassed to ask for help, or sometimes you can feel like you want to fix it on your own, but there is absolutely nothing wrong with seeking guidance when things take a turn for the worst.

There can be a real temptation in business when you go through a failure to fold your hand and walk away from the table. There is nothing wrong with taking a break but if you let one failure curtail your chances of success in business then perhaps you were never made for it in the first place. If you ask any successful business man or woman they will tell you about the times that they failed and felt like giving up, but they instead decided to carry on with what they believed and turned their businesses into a success. Failure is not the end, it is just a test which you have to pass.

Once the dust is settled you have to sit down, take stock and learn from the things that contributed towards this failure. In my case I made poor hiring decisions, I gave too much trust and I didn’t do my due diligence on certain areas of the business. I can assure you that having gone through that failure, those things will never happen again. Reflecting on what went wrong and learning from it is exactly what makes you a better business person going forward, and it could very well be just what you need.

Sometimes failure can be the best thing that can happen and whilst nobody wants to fail, when it does happen, if you treat it the right way you’ll come out of the other side better than ever before. 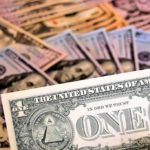 Cashback World – Reasons Why You Need to Start Using Cashback 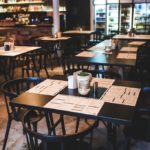 How Ayahuasca Orlando Was Named, And How It Has Helped The Business