Poland is not known for its rugby teams but I can tell you that this sport is gaining popularity and fast. Krakow’s own pro-team Juvenia Krakow RFC has a strong youth sector with the senior team riding high in the Ekstraliga, Poland’s top level in this emerging sport. The Polish national rugby union team has a coach from the Irish rugby pro scene, Duaine Lindsay who is enjoying a positive run of results lately. The Juvenia Krakow Seniors also have national team representatives along with the U.18 national squad. The Ekstraliga has 9 teams who compete for the title of Polish Rugby Champions in a slightly different way to most rugby seasons. A normal rugby season in Poland consists of two mini seasons due to the winter break which sees the stadiums blanketed in snow for three months a year. This means that the autumn season begins in August and ends in mid-November  then the spring season starting in March to finish in June with the Polish Rugby Cup competition, in effect the 8 teams play each twice in each mini section to determine the overall winner. However, with the winter pause players have to maintain fitness in some way or fashion and some players look to play in non-Polish leagues during this period. Juvenia Krakow has initiated collaboration with an English club from National League 1, Plymouth Albion RFC with the aim to develop the younger players by introducing training programs with the UK club. This has proven to be a successful way to enhance the rugby culture and gain valuable experience for players on returning to Krakow. Juvenia are keen to continue the relationship in the future.

On the home front the Juvenia Krakow board of directors have invested in their grassroots program to encourage the younger generations to try out the noble sport of rugby and at present boast a 100+ group of youngsters to teenagers coming through the ranks and strengthening the club’s future ambitions. One aspect of the grassroots program to raise funds was the inception of the Krakow Rugby Festival which takes place annually at Juvenia’s stadium in the 3rd week of June. The KRF started in 2016 and enjoys a weekend of international teams descending on Krakow to play exhibition rugby with on field and off field entertainment. The KRF is now one of the most popular rugby festivals in Europe for Mens 10s and Womens 7s.

Juvenia teamed up with a local sports tour agency who provide all the necessary back up services that the teams visiting Krakow require such as accommodation, transfers and pitch-side catering. The sport tour agency also organises friendlies for visiting teams to Krakow which also contributes to the rugby club’s finances in providing training equipment and other resources. All teams that are thinking of touring should consider Krakow as not only is the city’s buzzing atmosphere an attraction but throw in a friendly with the local team Juvenia with a BBQ and traditional beer after the game will give you a tour to remember. The KRF is open to teams, clubs and groups of rugby friends and has had teams from all five continents in the world participate through the years and some very worthy winners. Juvenia has adopted the rugby spirit and traditions that is well known around the world and the introduction of unlimited beer ‘n cider during the KRF weekend might have been a key factor in why the tournament was an instant success. Staying with tournaments Juvenia Krakow has introduced an U.19 male and female rugby 7s tournament which is held in early September which has mainly teams from Europe and, of course, from Poland, 2020 will be the second edition of the Krakow Sevens U.19.

So, if your are a team tour organiser then consider entering one of the two Krakow tournaments or both if you have a youth section at your club, apart from experiencing a fantastic weekend of rugby and all its customs and traditions but if the dates do not coincide you always have an option to play a friendly with a suitable level playing team, Juvenia are also open for tag rugby too. The Juvenia Kobiety (Women) are available to for travelling female teams playing 7s. The Krakow rugby culture is for ever improving and developing so put Club Juvenia Krakow on the possible tour list as apart from the rugby the city of Krakow is enchanting and worth visiting even if you don’t play rugby, steeped in history and legends and has a buzzing night scene second to none. 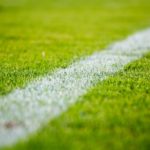