Almost every successful business man and woman on the planet will tell you that there was someone in their life who helped to shape them into becoming who they are. For some it may be a university teacher, for others it may be a family member and for many they will have had a business mentor. I was lucky to have had the brilliant Mark Gilbert ATN founder and incredibly intelligent businessman as a mentor, and without him there is no way that I would have found the success that I have in my online business. I have been thinking recently about what a great mentor is, and how I can learn from Mark to be a strong mentor to someone else, and here are my thoughts on what a mentor should offer you.

The Chance to Fail

Many mentors fail to give people the chance to fail, in many cases because they think that it will then be a reflection on them. The fact of the matter is that at some point or another, you have to go out on a limb, you have to take the teachings which you have been given and take a chance. In truth the best thing you can do is fail, because then you will be able to learn from it and move on. Mark gave me many chances to do things on my own, knowing that if I failed I would learn, and if I succeeded I would also learn.

Whilst Mark is now a very good friend of mine, he was always very good at placing boundaries on the relationship which we had. There were moments in the past where I would feel as though we were close, but Mark was always keen to remind me that he was teaching me and that we had a relationship based in business and that alone. This was a great leveler because it meant that he could stile strong with me when it was required and it maintained the respect which I needed to have for him, as a teacher and not a buddy. Your mentor is a teacher and you are the student, there is nothing more than that.

Keeping You On Your Toes

One of the worst things that you can do when you are learning about business is to fall into the trap of thinking that you know it all. To avoid this Mark would always keep me on my toes and he would often set me up, so that I knew I had to be alert at all times in business. I can remember signing a contract once, thinking I was bringing a new client to the business. As it turns out the contact was terrible and would have done damage to the company. Thankfully this was something that my mentor had set up, as a test which I actually failed. No harm was done of course, but since that day I have learned to always have my wits about me, which was the purpose of the test.

This is the very  least that you should expect from a business mentor. 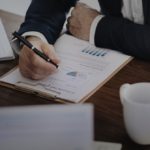 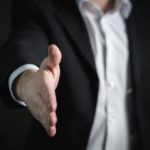 Shane Kersh – What to do When You Fail in Business