For myself ad Patrick Dwyer Miami Dolphins are very much life, of course we love spending time with our families and we both have exciting careers which we enjoy, but nothing in this world compares to getting that Dolphins jersey on and heading down to the Hard Rock Stadium to watch our boys do their thing. Away games we will watch together in a local bar close to our homes and usually those evenings are filled with controversy and debate. Patrick is very outspoken about his views on the Dolphins and our most common disagreement is who are the greatest Dolphins of all time. Marino is of course the best we’ve ever had, but beyond that here are my top 3, see if you can see what Patrick can’t.

For some reason many of my friends who I watch football with fail to recognize any of our greats in the post-Marino era but for me Jason Taylor did more than enough during his time with the Dolphins to warrant his position in this list. Taylor never looked like he should have been a defensive end but for what he lacked in size he more than made up for in guile, football nous and hard work. Taylor’s technical defensive ability was no joke and it came as no surprise to anyone that he made the 2006 defensive team of the year.

Many would slot Paul Warfield into this position but for me it is Bob Griese who deserves second spot. I do love Warfield and we would never have had the success which we did during the 70s were it not for him, with this being said however Griese for me is one of the most underrated Dolphins ever. Griese too was part of that famous Dolphins side which arrived at 3 Super Bowls consecutively in the 70s and he was  the second best QB which this franchise has ever had. Griese was all about efficiency and regularly lead the league in touchdown passes, not to mention his 63% average in 1977. Griese got to 8 Pro Bowls and was without question one of our most important players of all time.

Most Dolphin fans wouldn’t think of any other player to place behind Marino than Larry Csonka, another remember of that famous 70s team and a true athlete who just ran, and ran, and ran. Csonka posted some truly crazy statistics such as three consecutive 1,000 rushing yard seasons, a feat which of course contributed greatly to the Dolphin’s success during those years. Csonka was about more than just rushing, he could also carry, he could knock you down and he was a big time clutch player. Nobody will forget that night against the Vikings in Super Bowl VII when Csonka scored 2 touchdowns and ran for a whopping 145 yards, imagine him playing in the same team as Marino!!

Who would your top picks be for this list? Let us know in the comments below. 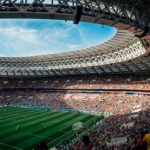 STEPHEN VARANKO III- Champions League Winners 2018/19, Who Will it Be?